All for Joomla All for Webmasters
HomeProjects Trip to Wembley Stadium 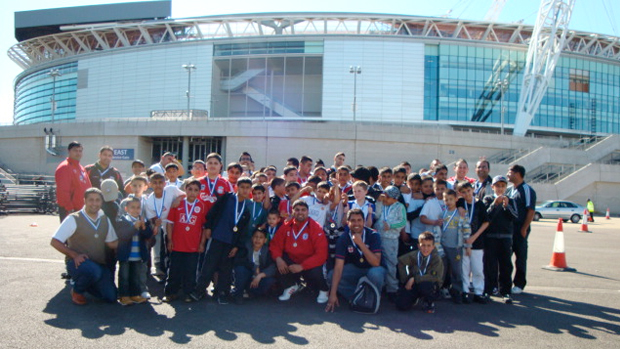 Birmingham Youth Sports Academy second project was to Wembley Stadium on the 26/04/2009 for a stadium tour where 80 young people and 10 volunteer adults took part.

Firstly, we meet at Small Heath leisure centre at 8am for registration. We then left at 8:30am for Wembley stadium stopping at a service station for refreshments and a snack. We arrived at Wembley stadium for 11:30am. The first tour was at 11:45am and the second tour was at 12:15pm where two groups were separated to go on their tours.

The national stadium showed the kids the difference between a normal club and Wembley stadium. There were lots to see as the stadium is very big and the kids who took part had not seen anything like it before. Therefore it became an educational trip where we gave questionnaires for the kids to fill out.

We finished at 2pm giving kids certificates and medals for taking part and left for Birmingham and arrived at Small Heath for 5:30pm. The trip was very successful and enjoyed by all and certainly another one to remember.